“Memories” is one of the projects for our fiftieth anniversary and consists of the preparations for the town of sculptor Daniela Capaccioli.

Open work, the preparation will occupy several places of Monticchiello, be completed in the summer of 2016.

In the art of Daniela, who can communicate at the same time the volume of concrete bodies and their abstract form, distilled and transcendent, almost made of the same material of thoughts and memories, we feel a strong consonance with our work on memory, on dialectical relationship and overlap between past and present.

So we leave you to the presentation of that event does the same Daniela.

… Try to capture the invisible and impalpable, give it shape, color, appearance
and see it become, appear, disappear.
Shaping the void that surrounds us.

The depopulation of the villages, the disappearance of traditions, family and objects related to rural life are some of the topics covered by the Poor Theatre of Monticchiello, in the short space-time of its representations, relive moments of the past, look to the present and seeks to project itself into a future that remains uncertain, leaving, in the end, the characters and the audience with a question, a question in an attempt to find answers to the problems of everyday life but also to broader questions about the meaning of life, ‘where’ and ‘how’ we are going on to spend incessant and increasingly rapid time.

My sculptures made of wire mesh, with their transparency, are presented to the viewer as the shadow of something that was there, that he left his mark, or as of the appearances of something that we imagine will. A nuanced and discrete presence, an idea, a thought or an image that cross the mind leaving a doubt, a question.
The viewer is immersed therefore in a real scenario, and specifically that of the square, but his view is challenged to see beyond the real and present, to look back or forward depending on its own perception and interpretation of things.
The sculptures accompany and transform the viewer into a traveler in suspended indefinitely between past, present and future.

In front of the apparition ‘of characters, animals, objects, the viewer will perhaps enticed to want to’ discover ‘other, trying to find and look better.
The visual search process becomes a path of mind that plunges in his memory or is projected in a possible future.

Family, children playing, animals are part of the collective imagination, the viewer can find something of himself. A scene often seen in these places where people have the pleasure to meet to chat and exchange ideas, to stay ‘to wake’ in the evening after dinner and tell the day.

The cat hero of many stories. Cats that go, come, no one knows who they are but they all deal with it. Cats, a sudden day, there are more and leave behind them many stories that turn each time they are transmitted in fairy tales and mysteries.

The door of the village houses hypothetical guardians, discrete and helpless observers of going ‘back and forth of people, carry with them the memory of people who have stayed there, who built and made to live the village. Witnessed many conflicts and survived tragedies, guarding the threshold of an ancient world full of stories and tales.
Travelers in time and space.

I live and work in France for several years, having collaborated on some sets for a few years, I consecrate myself to sculpture result of the work of the wire mesh that allows me to create characters and transparent animals, in the desire to create scenarios where the viewer can become an integral part of the installation, enter the scene and remain fascinated and captured. 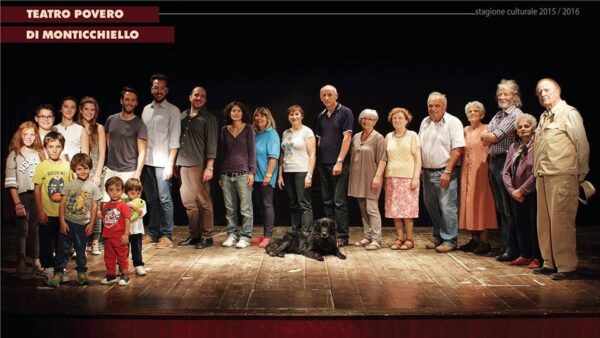 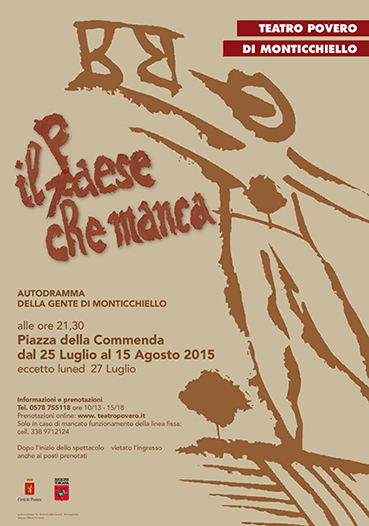 What was felt to be most obviously ‘missing’ from the village of Monticchiello, in 2015, was opportunities for young people to make a life...