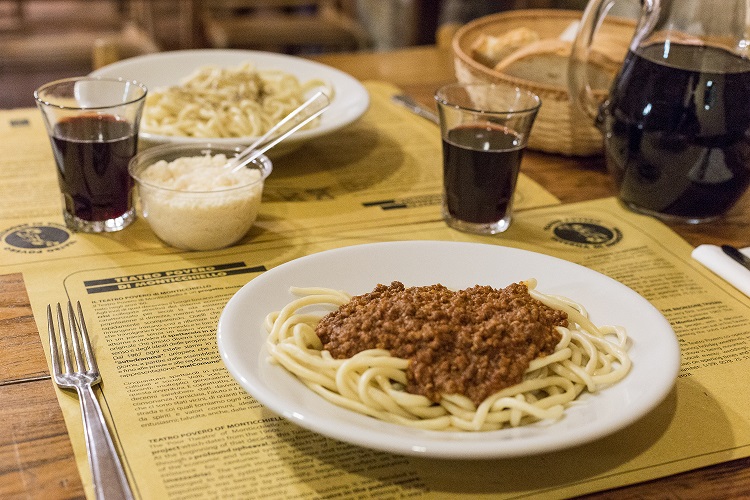 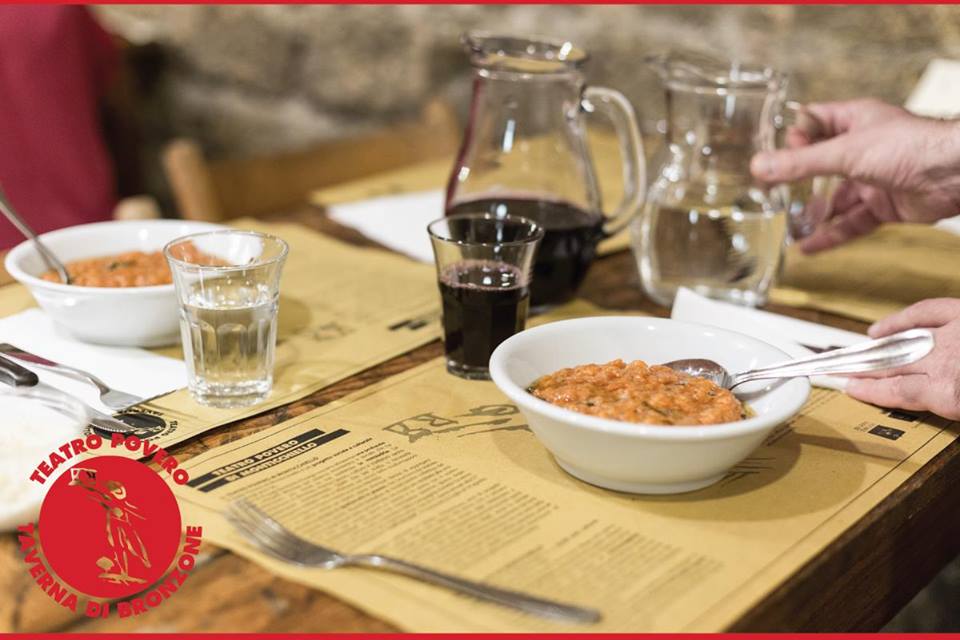 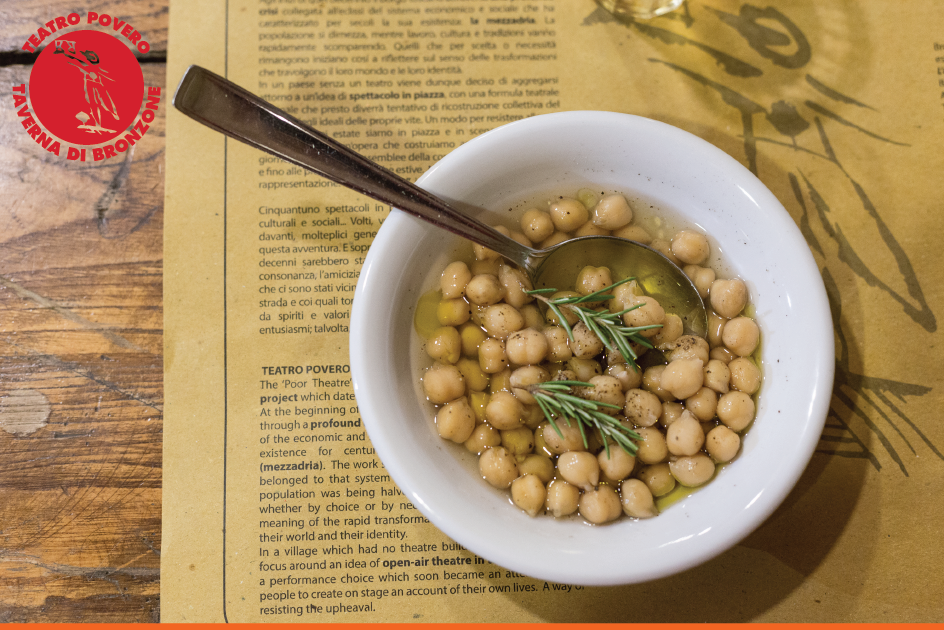 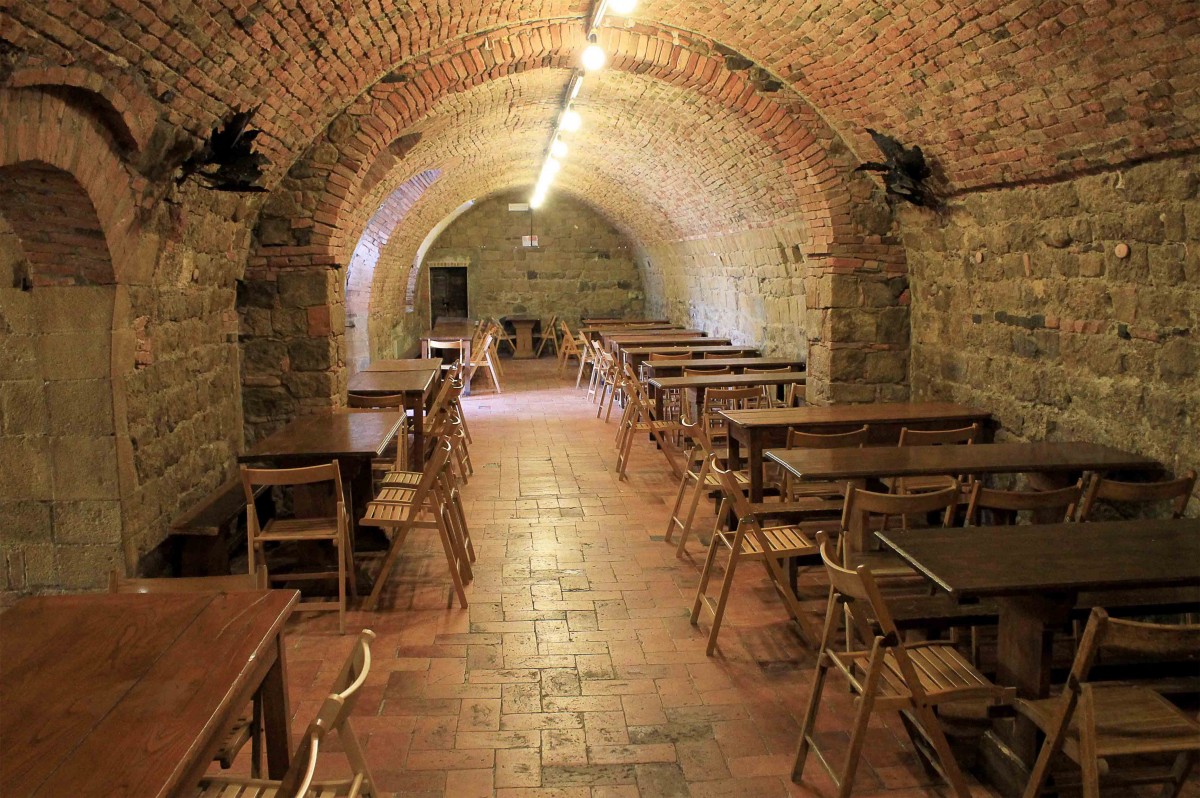 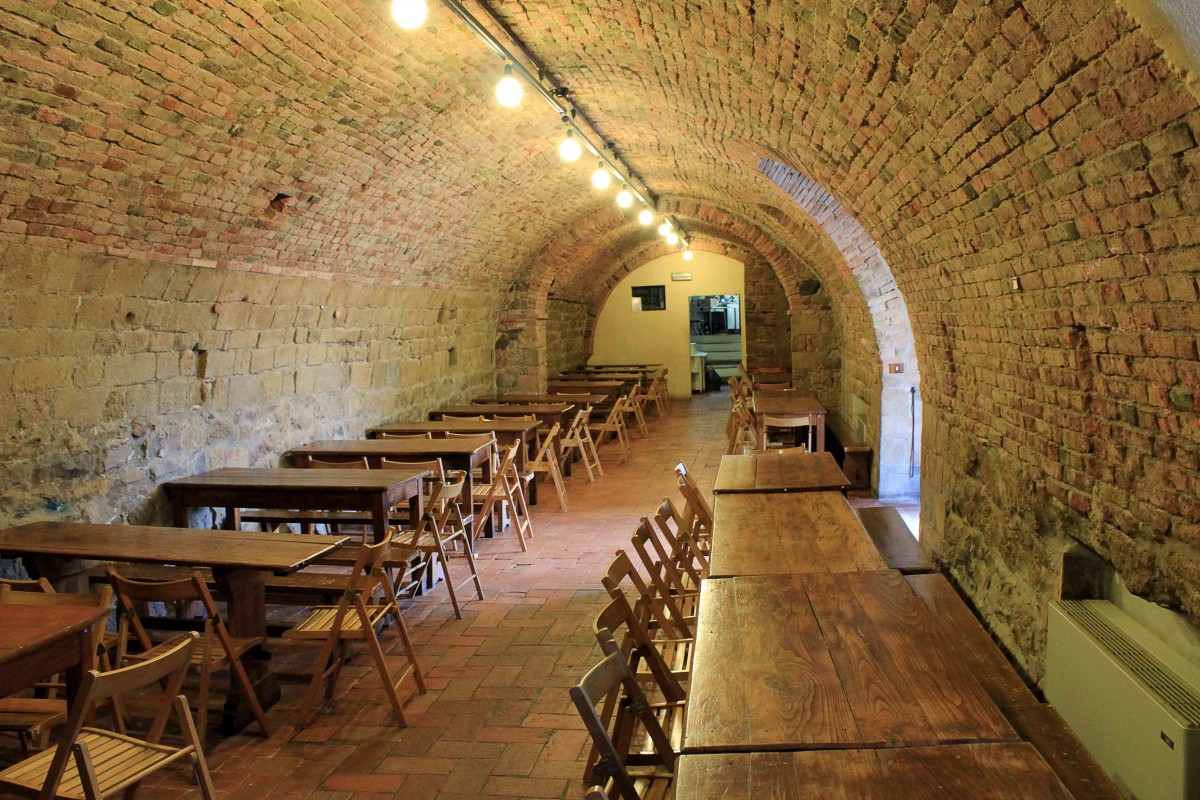 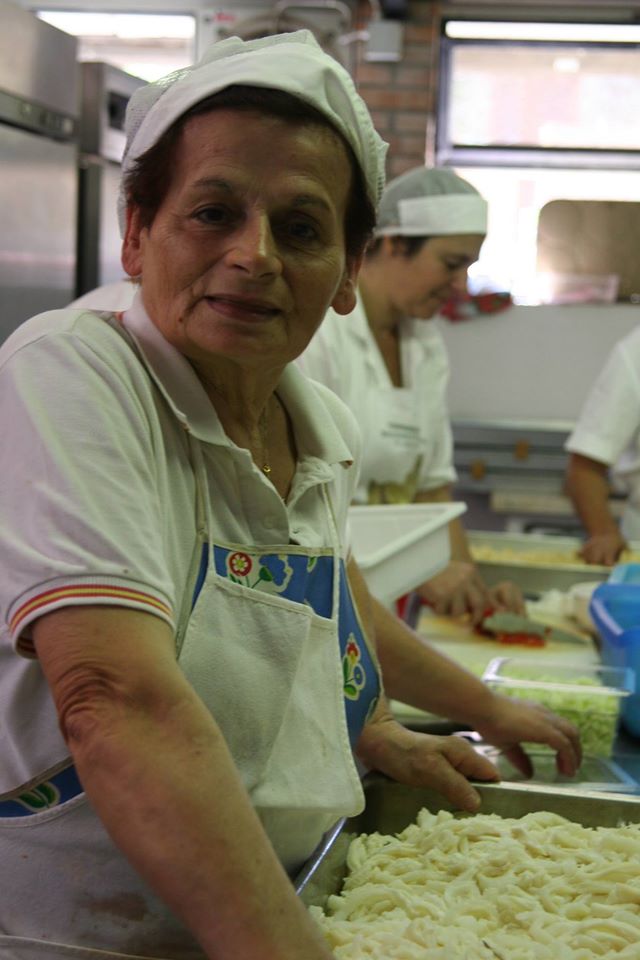 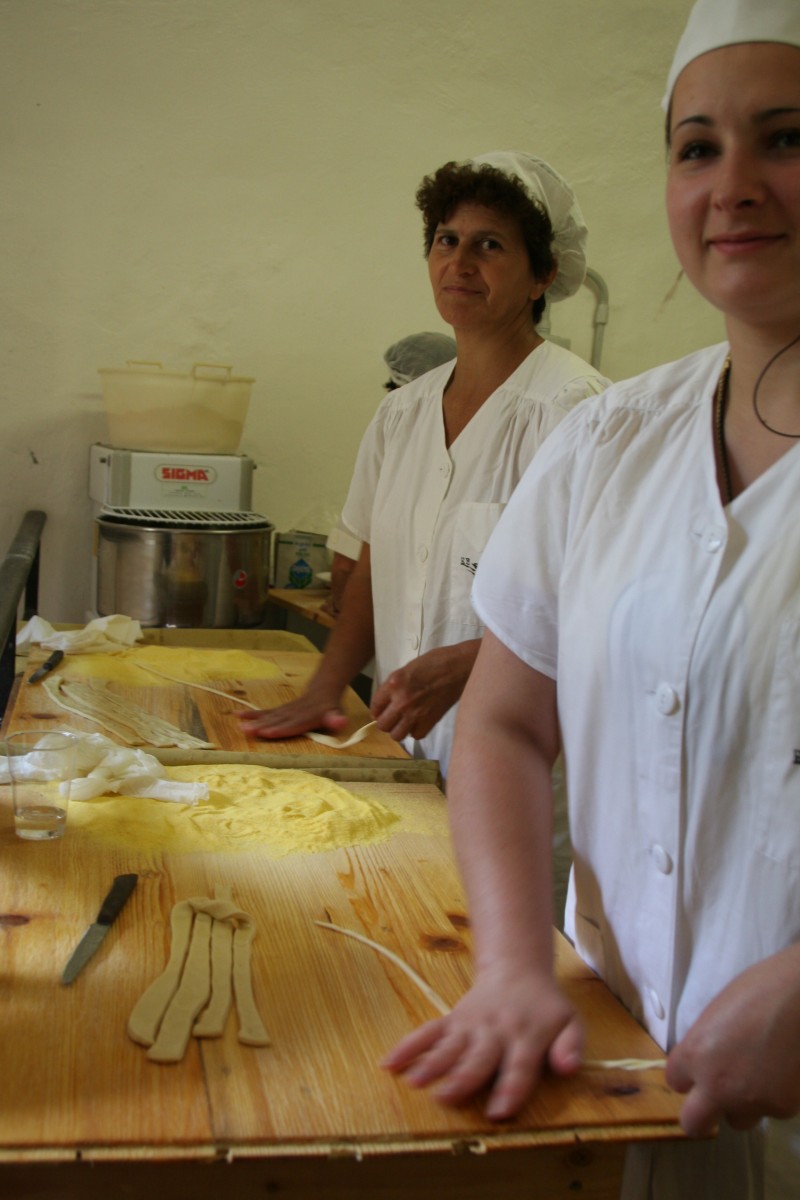 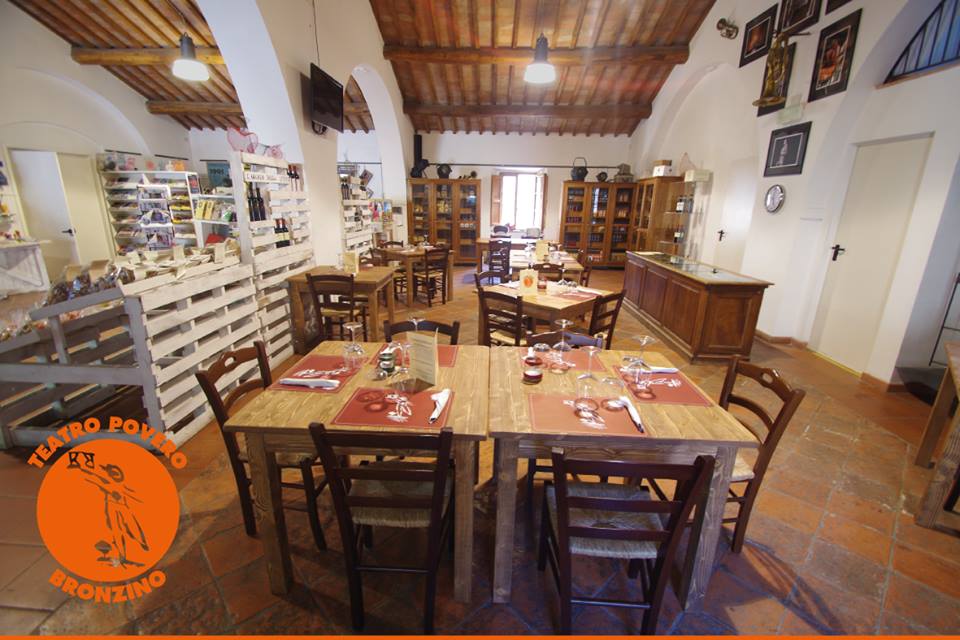 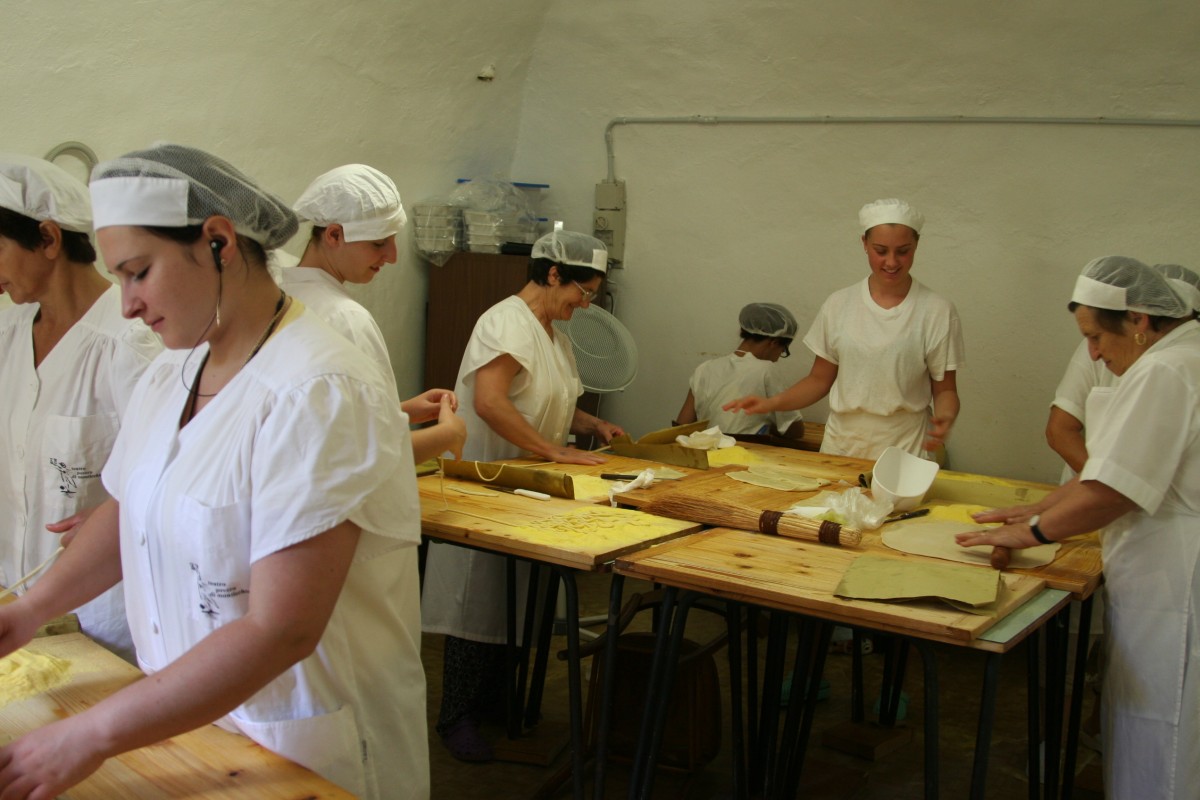 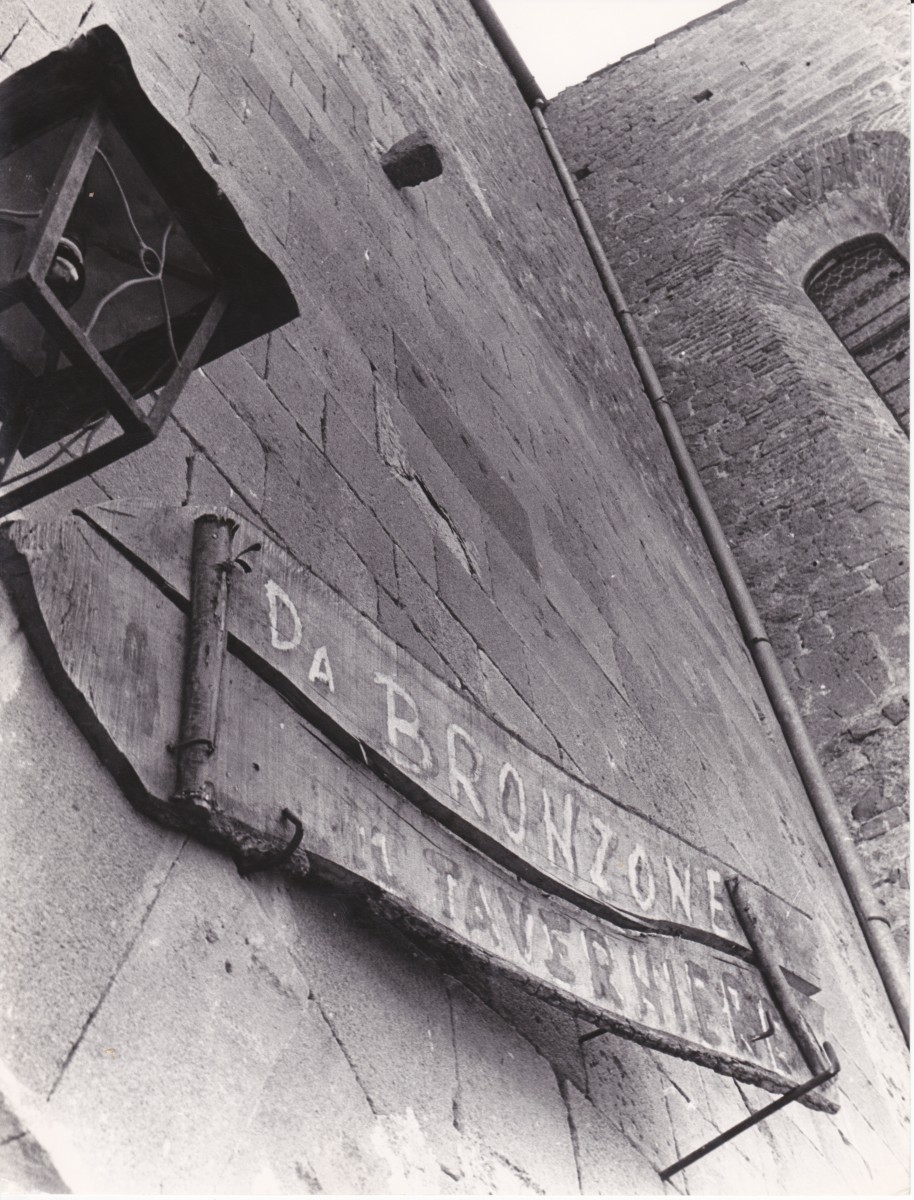 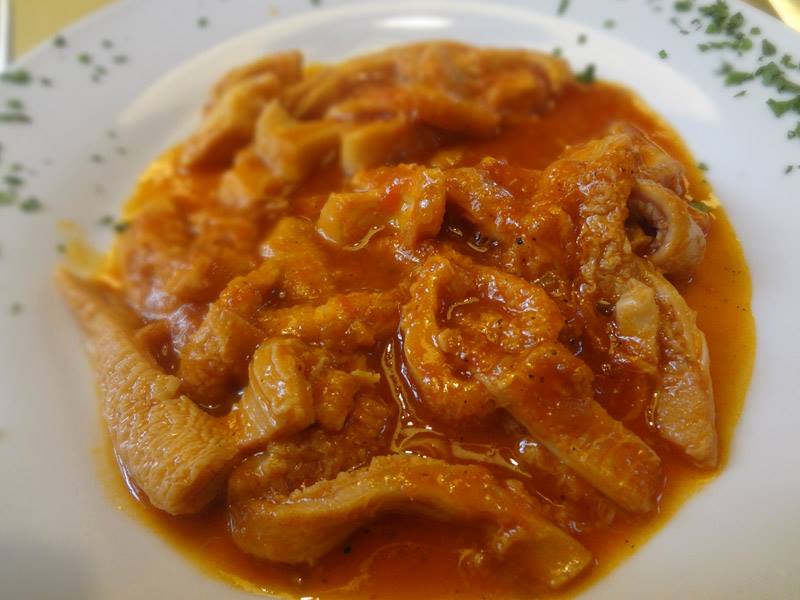 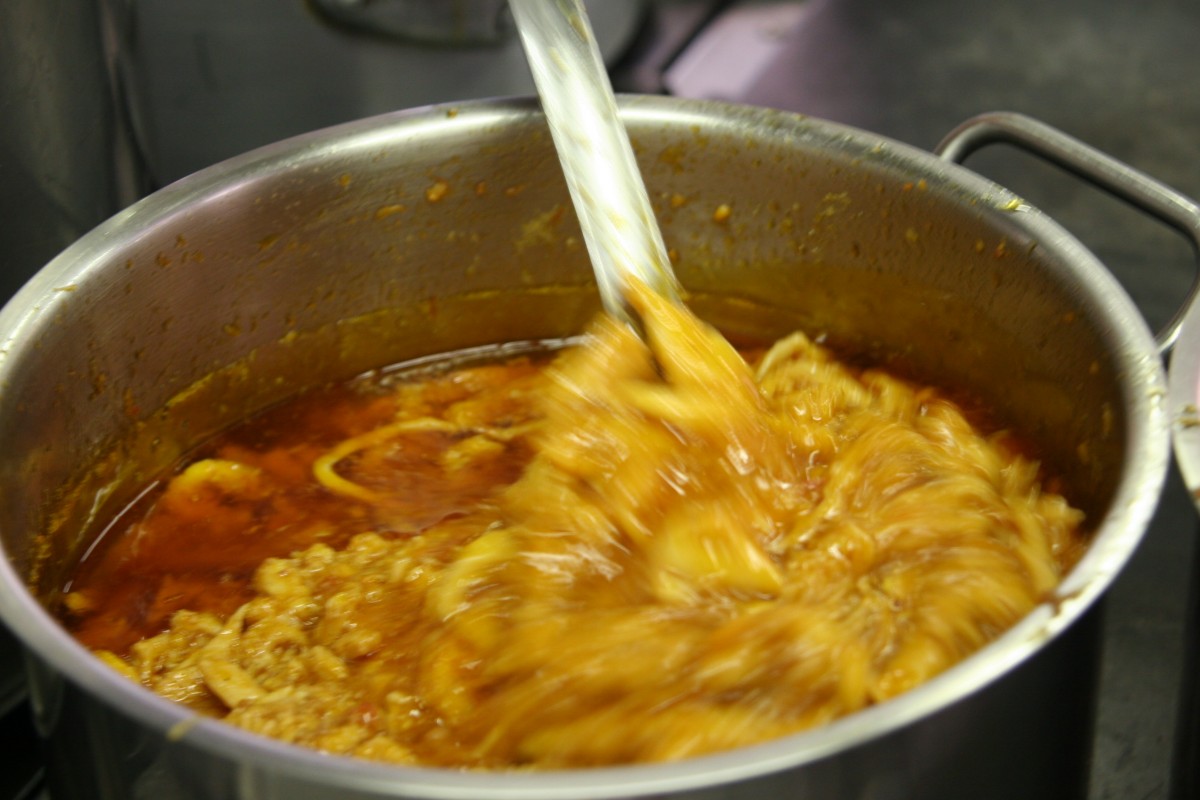 The Teatro Povero di Monticchiello runs two restaurants: the Taverna di Bronzone and the Bronzino. Very courteous among them, when one is open, the other waits… They have many things in common: they are on the same square in the center of the village, Piazza Nuova, even if on different sides. The love for the products of the territory and its good wines, the passion for the local culinary tradition, the pleasure of welcoming is also the same.

One, the Taverna di Bronzone, is open especially during the periods of representation of the summer show, between July and August, as well as for some holidays. The other, Bronzino, you will find it open at all other times of the year. Both offer service for lunch and dinner.

To get to know them better, you can access the dedicated sub-sections. Each of them has a nice story to tell, starting with the name.

Since its first performance in the square, in the summer of 1967, the Teatro Povero di Monticchiello opened a temporary restaurant in which to welcome its public for dinner. Thus it was decided to open the Taverna di Bronzone: Bronzone was a comic character of the first summer show, Monticchiello’s heroine. The character also gave the spir...

Bronzino is the restaurant hosted by the Teatro Povero within its historic site: an ancient 18th century granary, in Piazza Nuova, in the center of the village. The philosophy of the kitchen provides strictly local products, use of seasonal ingredients, attention to the local culinary tradition, but also some additional invention, openness to ga...