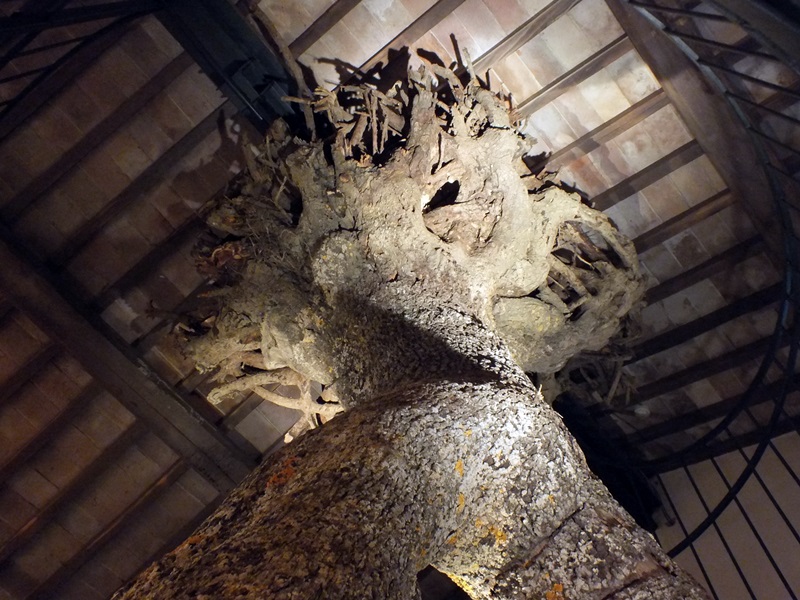 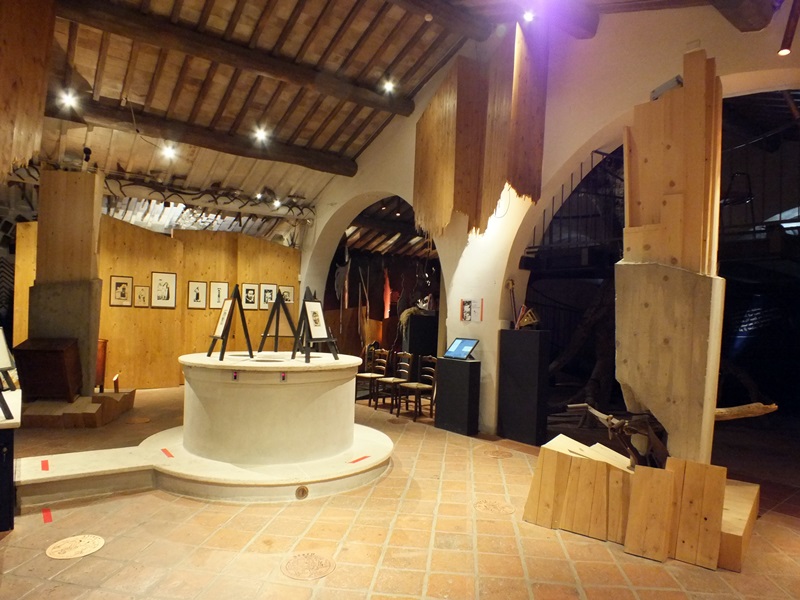 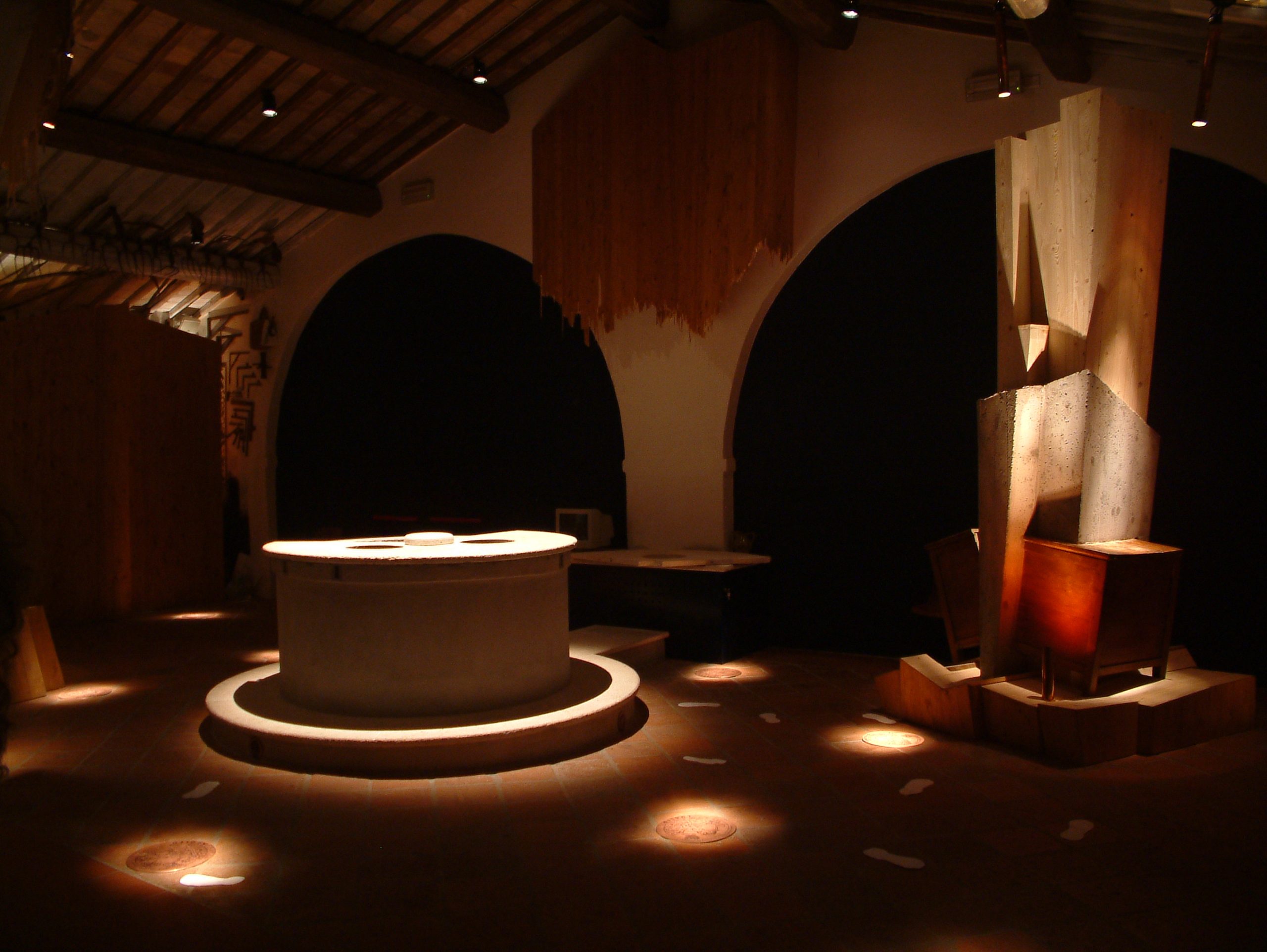 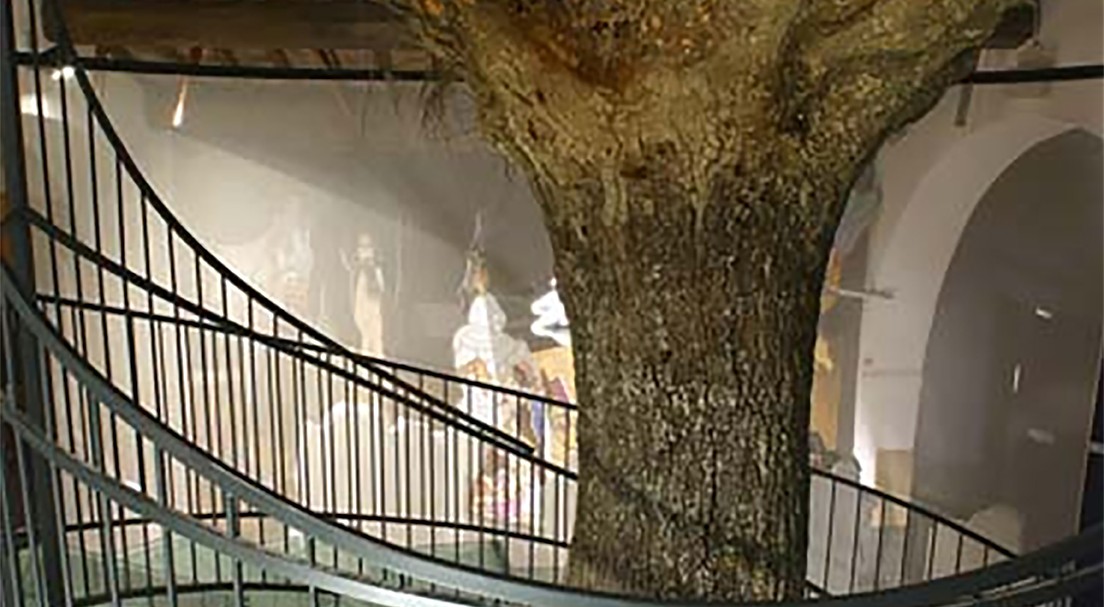 Tepotratos is the name of our museum.  A name which sounds fascinating and mysterious, like something out of ancient Greek.  In fact it is a simple acronym which stands for TEatro POpolare TRAdizionale TOScano: that is, ‘Traditional Tuscan Popular Theatre’.  But you will find that it still contains fascinating and mysterious things, in a rich display which is something like a stage set.  Tepotratos is in fact not an ‘ordinary’ museum composed of exhibits, glass cases and inscriptions to read.  On the contrary, it’s organised to stimulate the emotions, a journey for the visitor involving highly evocative sounds, voices and visions.

We present here a succession of scenes and images from Tuscan traditional theatre.  We have learned a lot from them; but most of all we want to pay homage to the civilisation of peasant sharecroppers—to their entertainments; to the pure simple world of their popular poetry; to their merry subversive tales of a ‘world upside down’, which often secretly expressed their wish for a society which would be more just, open and inclusive.

Tepotratos is also a space which we use for temporary exhibitions, concerts, workshops and entertainments.  A simple viewing of the museum’s permanent display costs nothing.  To set up an interactive multi-media visit, you need to give at least a week’s notice to our office, by telephoning (+39) 0578 75 51 18, or emailing info@teatropovero.it.

You can also visit the museum’s website, www.tepotratos.it, for more information.

Bronzino is the restaurant hosted by the Teatro Povero within its historic site: an ancient 18th century granary, in Piazza Nuova, in the center...

Since its first performance in the square, in the summer of 1967, the Teatro Povero di Monticchiello opened a temporary restaurant in which to... 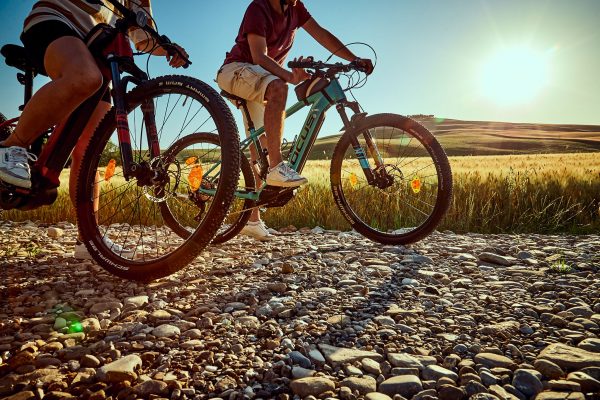 The poor Theatre presents a new project Ciclofficine. What is it? We have thought of combining a service for electric and non-electric bicycle lovers... 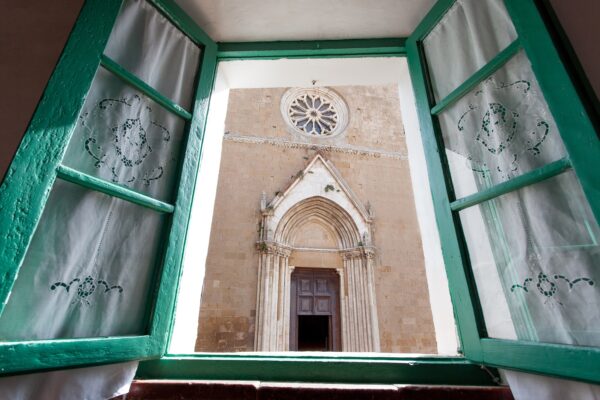 The Foresteria is an independent apartment located on the first floor with stairs, right in the heart in the medieval village of Monticchiello. The... 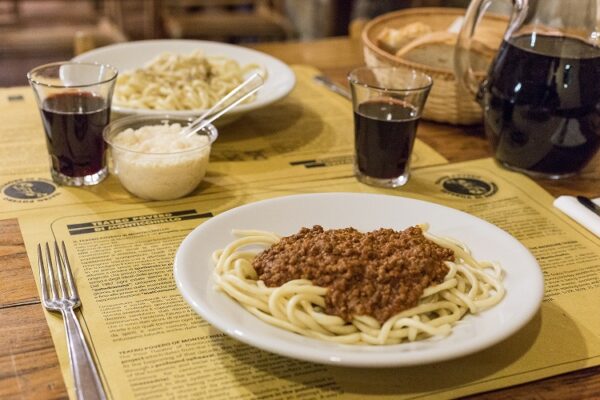 The Teatro Povero di Monticchiello runs two restaurants: the Taverna di Bronzone and the Bronzino. Very courteous among them, when one is open, the...

The office and home of the Teatro Povero company is in a former storage barn built in the mid-17th century.This was a highly meaningful...