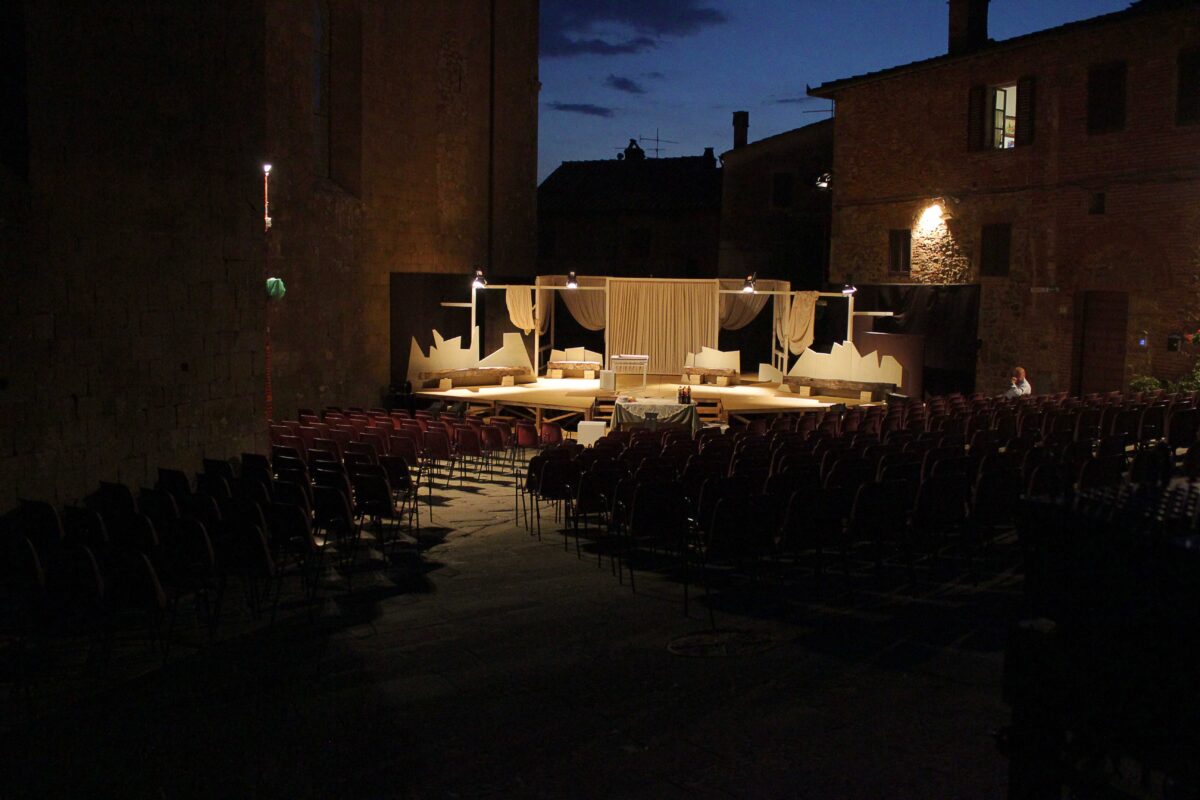 The village square (piazza) has always been the Teatro Povero’s most important location.  It’s a physical space, and also a symbolic space.  It’s here that our theatre was born, in an encounter between life and the representation of life, between ourselves and outside.  This location, together with its imporance and its significance, was the subject of one of our most important shows—the one mounted in 1981, and entitled precisely La piazza.

We have had two physical locations in succession.  First St Martin’s Square (Piazza San Martino), where our summer plays were staged until 2003; and now the Commenda Square (Piazza della Commenda).

In Monticchiello we haven’t yet learned to say ‘We’re going on stage’; for everybody, taking part in one of our shows has always meant ‘We’re going into the square!’.